It happened, and it was awesome! The 2011 New York Comic Con has packed up and left the Javits Center, but the memories (and in some cases aromas) linger on. Face paint? Check! Swords and guns? Check! Body parts, organs, monsters and zombies? You bet! And just how did it go? How did the Indie Toymaker Roundtable turn out? I’ll get to that in a sec, but here’s a few pictures to set the mood:

The place was packed! Sold out! At capacity. More geeks than you can shake a stick at. Exciting is hardly the word. I came, I shopped, I drank three cups of coffee:

I sought out Wendy of I Heart Guts, the brains (pun intended) behind the panel. Her booth was in the CultYard section of the hall, which was very large. In fact, it took me about an hour to find her because I didn’t want to bust out the program! I did end up buying a uterus from her!

I ran into some resistance along the way: 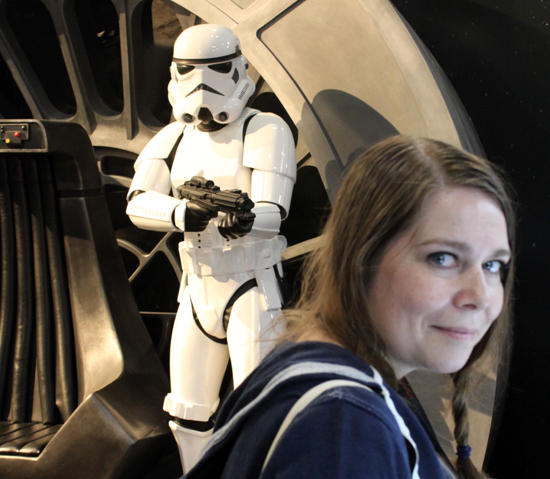 And this guy was there to keep me out of trouble. This was happening everywhere! Watch your parts closely because they were likely to get chopped or burned off with lasers at every corner! 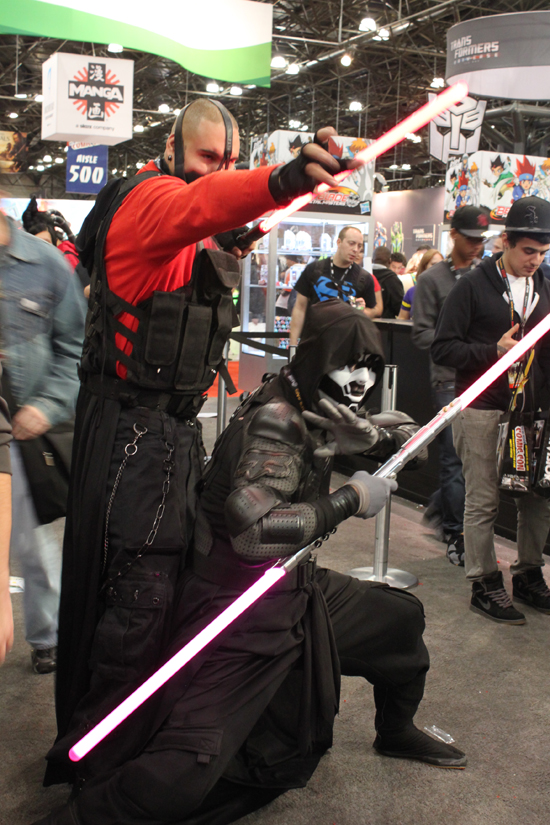 It wasn’t all scary stuff though, for example, a blue, one-eyed fuzzy monster ugly doll walked by…. 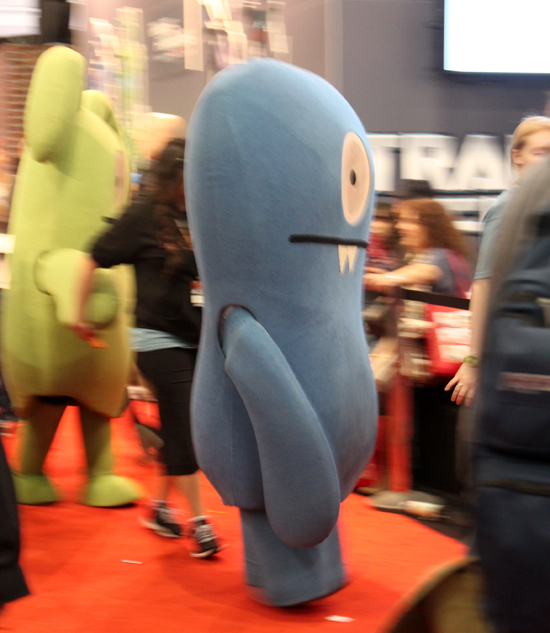 …who was probably chasing after this blue guy…. 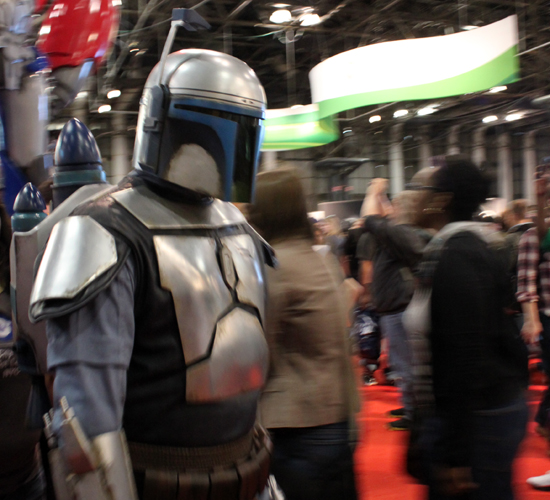 I snapped a picture of the panel room sign, just to make sure it was really all happening. Yup, there we are. And this is Wendy, checking her phone for important note type things: 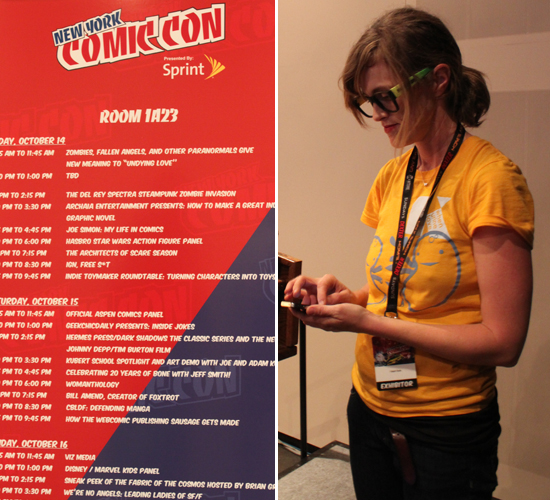 And now, onto the panel itself! We were let into the room a bit late, and we thought it was gonna be just us: (left to right: Wendy at the podium, me hiding behind the laptop, Phil Barbato, Shawn Smith of Shawnimals, Nitin Bhargava from KidRobot, Joshua Ben “Longoland” Longo and Kris Schantz of Happy Worker):

But it turned out to be not just us at all! 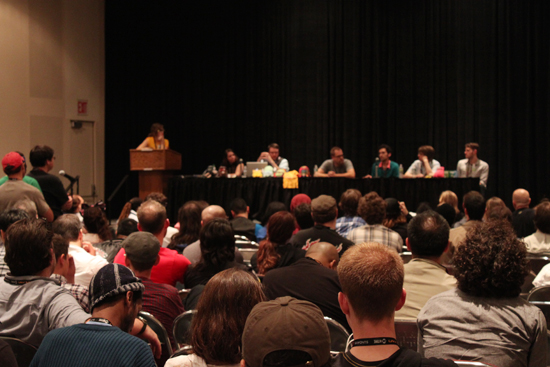 A most-excellent turnout to hear all about independent toymaking, turning characters into toys, manufacturing, marketing and more: 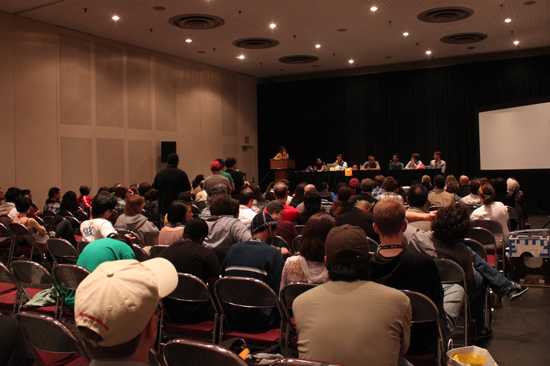 And then it was my turn. My moment in the sun. My time to shine. My time to talk about something that brings me so much joy, so much happiness, and something I actually know something about. Toys! Cats! Robots! Here was my queue… 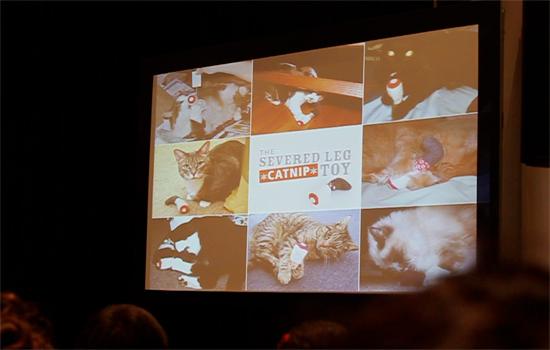 And then, I started talking, but I went all shy, and didn’t speak as much as I had planned to: 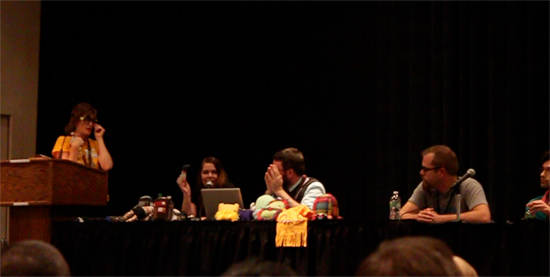 I kept sneaking a peek at Phil’s laptop because I couldn’t see the large screen from the end of the table: 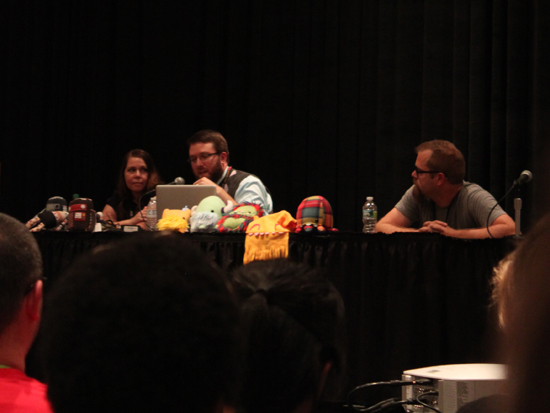 Everybody’s presentations were amusing, informative and interesting! You couldn’t tell at all we’d been drinking: 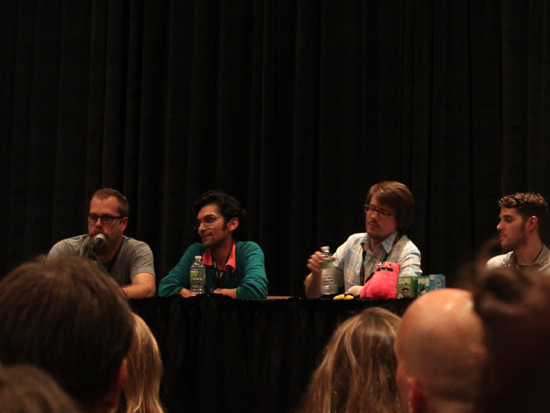 We had giveaways at the end of the panel, and everybody I spoke to was super nice and encouraging. Some future makers in the crowd, for sure! Meghan, Phil’s “CEO”, gave me an awesome set of X-men/bear buttons: 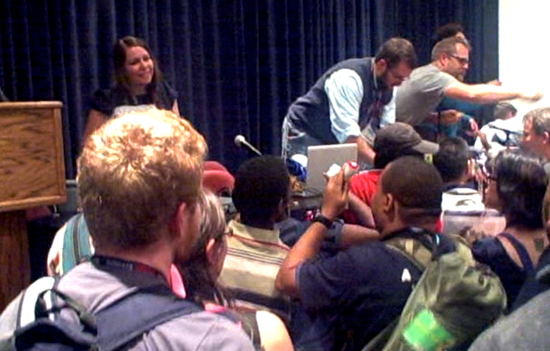 So what did I learn from this experience? That being a superhero is hard work… 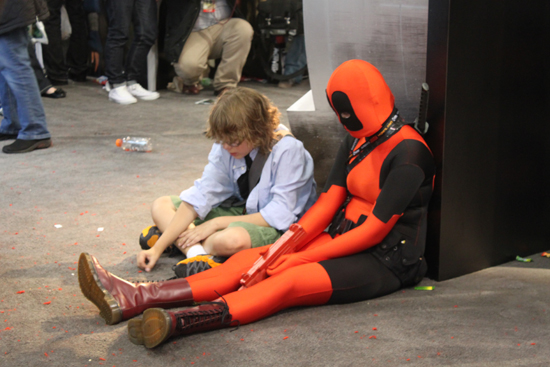 …and so is being a cheerleader for my own cause. Yes, public speaking is hard, but really, if I can’t talk about what I love, what lights my fire, and what drives me to create, in front of INTERESTED people no less, than I need to work on more than just getting my seams straight. A missed opportunity? Sure, I think so, to some degree, but I feel that the next time something like this comes around (if I am that lucky), then I will have a better chance of making the best of it, because I think i DO have something to share, and I’d love to share it with you, regardless of whether you are dressed like an investment banker or a pirate.

I have also been reminded that there are some fantastic, like-minded folks out there. I cannot thank Wendy enough for the invitation, and I am pleased that Kris DID get the cheesecake he was searching for before heading back to Canada, and a big thanks to Phil for mentioning “stretch needles”. It’s nice to learn things over beers!

And I have come out of it a bit more of an optimist (prime). Sorry, couldn’t help but slip that one in! 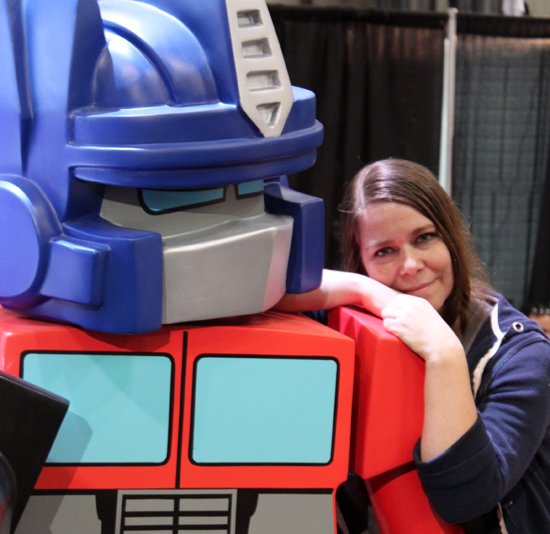