Create is a multi-purpose WordPress theme that gives you the power to create many different styles of websites.

Thanks to everyone who came out to the BUST Magazine Craftacular and Food Fair this weekend! Lots of cats will be getting Severed Leg Catnip Toys in their stockings this holiday, and that is fantastic! Tons of nice people, excellent crafts and lots to see and do! I don’t mind telling you though, that the highlight of the fair, for me at least, was the appearance of an actor from one of my favorite television series.

People who know me well know I love science fiction. I don’t take sides in the Star Wars vs Star Trek debate, because in my cookbook, they are all ingredients in the same tasty cake. Sprinkle in a little Battlestar Galactica and a smidge of Firefly and I am all set for a holiday weekend in front of the boob tube. I even have a cool auction going on at Ebay right now for a super collectible Battlestar Galactica Last Supper print. 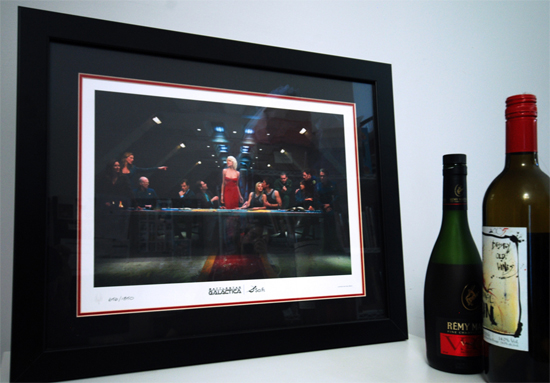 Aaaaand there is the tie-in….I saw amongst the shoppers this weekend the man who plays Lt. Felix Gaeta on the rebooted Battlestar Galactica. This now brings the total number of actors who have been at my craft fair table to two (the first being Ethan Hawke). Actually, make that three, as my craft fair table co-pilot Jed from Ink & Sword has been in movies and television shows too (like The Dark Knight Rises and Person of Interest). I think this is all pretty frakkin’ impressive.